Written by Pascal Rogé on 25 November 2015. Posted in Blog

From the end of October to mid-November, we were in Indonesia for two weeks, two full concerts and plenty of master classes, in Jakarta and Surabaya.  It was quite intense, but we enjoyed very much.  People were so warm and friendly, and we heard some wonderful students.   It was our first time to be there, and it was especially a meaningful trip for Ami, since she is half Indonesian.  She came with her father from Japan, and her brother came from Amsterdam with me after my concert there.

While there, we developed a taste for their delicious cuisine, Satay, Curry, Mie-Goreng, Nasi-Goreng (I became quite addicted to Kecap Manis and Peanut sauce), as well as their batik clothing, some of which we wore at the concerts!

We hope to be back again some day! 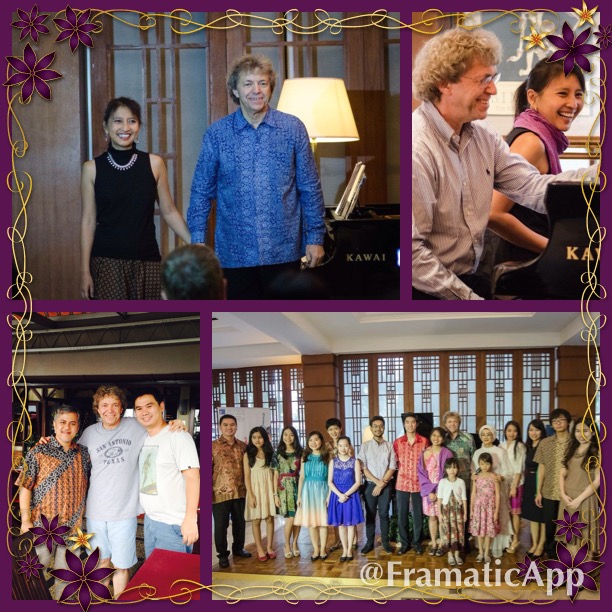